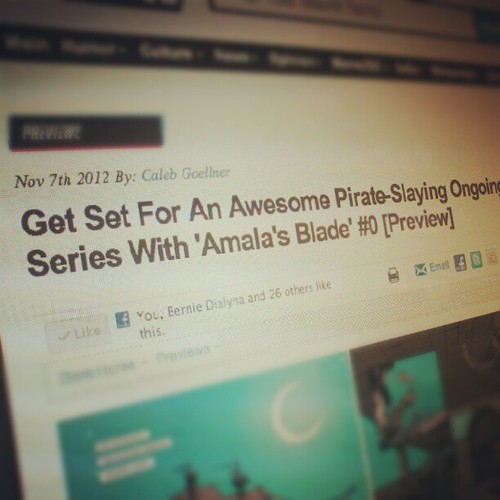 Cats out of the bag! Amala's Blade is going to be a mini-series! Kicking off with a collection of the DHP story as a zero issue and the first issue of the series to be released in April 2013!
AMALA'S BLADE is written by Steve Horton and drawn by me!
Head over to ComicAlliance to see the full preview!


As self-described obnoxiously huge fan of comics about badasses slaying pirates in fantasy realms replete with ghosts (I promise, I've described myself precisely that way at least twice), I was pretty stoked to see Dark Horse Comics would be kicking off a new ongoing Amala's Blade series by recollecting the initial AB shorts by Steve Horton and artist Michael Dialynas that ran in Dark Horse Presents earlier this year. Set for a February 27 release, Amala's Blade #0 will collect these DHP contents into one complete 24-page story, plus pack in a preview of Amala's continued adventures, which kick off in April. If you haven't sampled the story in DHP yet, now's a solid time to see why it scratches my itch for high adventure on the high seas with kinetic and vividly-colored art.From Dark Horse Comics' official solicitation info:

A behemoth pirate ship is captained by a pirate with a fat price on his head. And out for that head is Amala, Naamaron's greatest swordfighter (according to Amala). The odds are against her, but that's the fun . . . if only the ghosts of Amala's past would shut up and get out of the way!

You can read the first four pages from Amala's Blade #0 below.


In other news, in between drawing issues for Amala's Blade i've been drawing commissions for the lovely people who helped me out last month to replace my burnt graphic card.
I've been posting them regularly on my Tumblr account through Instagram. 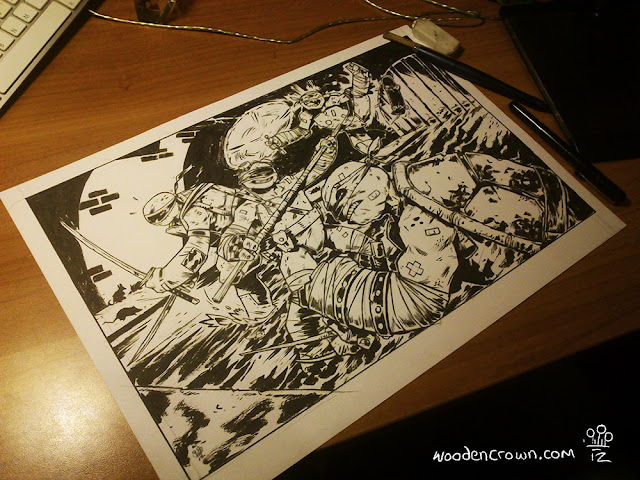