Heads up! In the December PREVIEWS you may find the solicitation for AMALA’S BLADE #0. 32 pages that include the story “Skull & Crossbows” and a preview of the series to debute in April by Dark Horse Comics. 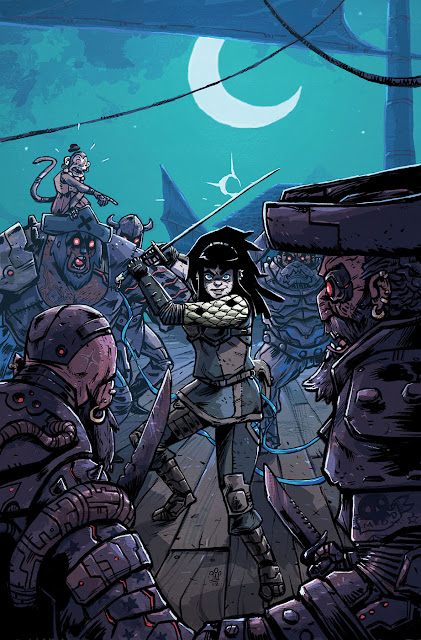 “AMALA’S BLADE #0
Steve Horton (W) and Michael Dialynas (A/Cover)
A behemoth pirate ship is captained by a pirate with a fat price on his head. And out for that head is Amala, Naamaron’s greatest swordfighter (according to Amala). The odds are against her, but that’s the fun … if only the ghosts of Amala’s past would shut up and get out of the way!
32 page, $3.50, in stores on Feb. 27.”
For more info about the series and upcoming news please Like our FB page for Amala’s Blade.
https://www.facebook.com/AmalasBlade