I'm off tomorrow to New York for this years Comic-Con! yay!
I wont be doing much other than seeing people, drawing stuff, drinking beers and checking out new comics!
a much needed break from the desk.

But for one hour a day i will be signing promotional material with Polly Guo for the upcoming SPERA vol.2 at the Archaia Booth (#1520) below you can find the times and a link to Archaia's signing schedule.

So pass by if you want to HI! 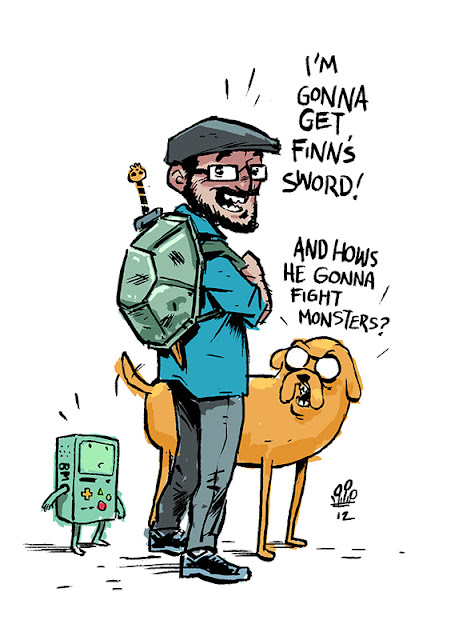 
By the way, **The first two people to send me photos of themselves at the artist table with the autograph card will win a signed copy of Vol. II whenever I get the books in!**. Just send the photo to josh.will.tierney@gmail.com.
I can’t afford to go this year, unfortunately, but I hope everyone stops by to meet Mike, Polly and Roxie, all awesome people & artists who have been involved with Spera pretty much since the beginning.
Mike was part of the original collaboration, illustrated Fetch Quest (which appears in Vol. II), and has a major role in an upcoming Spera project. Polly Guo created this pin-up and illustrated Adel’s Hammer, which was first a black & white comic for TCAF and will now be in full colour for Vol. II. Roxie created this pin-up, which appears in Vol. II as well.
Archaia will also be selling copies of Spera: Volume I, so be sure to check it out if you haven’t already!
Posted by theWoodenKing