Dark Horse has released some early looks at the comics out in June. Amala's Blade issue 3 is one of them and it was an easy cover to draw!
When Steve sent me the synopsis for that issue (which i am colouring at the moment) the cover just popped and i shouted "That cover is gonna have a Giant Bad-ass Modifier Wurm!"
And it did :)

I had a lot of fun with the design of this Modifier monstrosity and i can say that there are quite a few pages with this beautiful beast. Amala is in over her head!

PS
Dont forget you can order our copies of the Amala's Blade series at your local LCS, issue 2 is in this months Solicitations and the zero issue is on shelves, both digital and not! 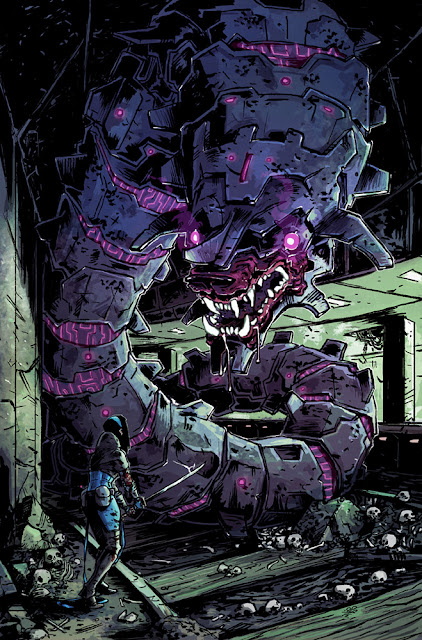 Master assassin Amala makes a startling discovery about her latest target that will change her life forever! And Amala’s day turns full of surprises when she’s thrown into an abandoned subway to face a Modifier monstrosity!


Below are the inks and the layouts. 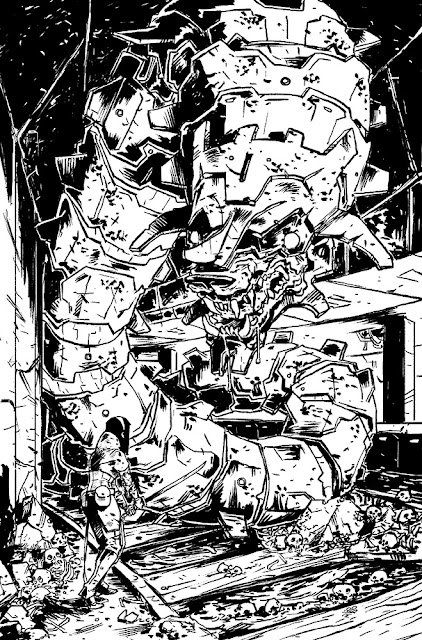 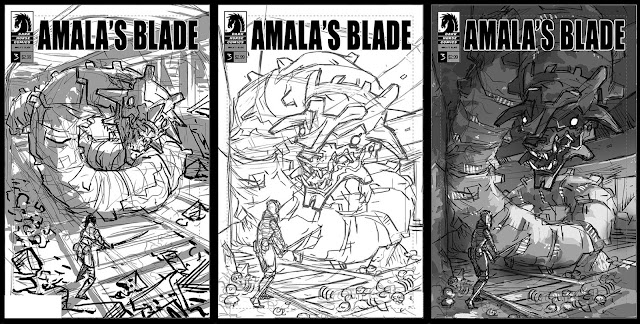