the Moon and his Stars

Another long day today with moodboards and concept art at the office but i managed to squeeze out another Sneaky character from the World of Snitch & Snatch.

This time i did the Sheriff, a new character that of course will be after the two thieves with his cunning schemes and many soldiers :) sneaky sneaky stuff...
Concept wise, instead of having a traditional Brass Star,
he bears a Moon too and all of his guards have Stars to symbolize that there is only one of him and many of the others.

So all thieves should beware the Moon comes out at night and has a watchful eye :P 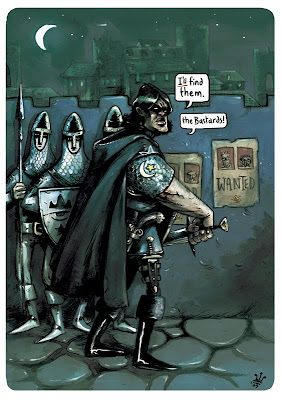 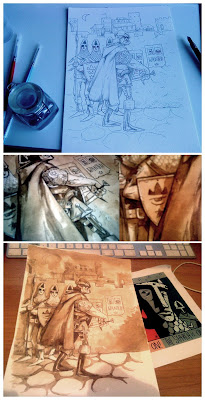