Hey all
In this months Previews you can order the Ghostbusters issue were i illustrate a short story about Janine, the Ghostbusters secretary and her whereabouts in the main story "Displaced Aggression" written by Scott Lobdell and art by Ilias Kyriazis (who also wrote the Janine story)

This was a really fun project to work since i grew up on this stuff and Ghostbusters was probably the first film i ever saw in a Cinema :)

Below i tease with some scenes and a page! 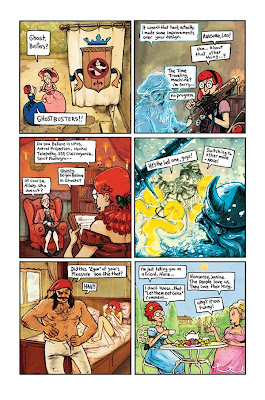 plus some Concept art for the 18th century Proton Packs 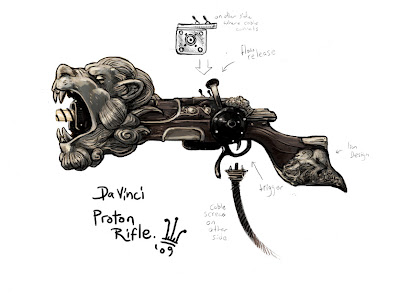 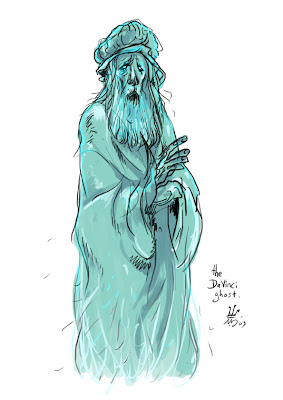 Here is a Pinup i also did for the series

Plus this month is Poland, at the International Festival of Comics in Lodz
you can find 20 Greek Comic Artist's work on Display
link

ouf! that was a big post!
have a nice weekend!
Posted by theWoodenKing

that davinci rifle is BADASS

I noticed on your profile that you live in athens.
You don't perhaps live in athens, OH do you?
I'm assuming you live in the good ol' Zeus governed
Athens, Greece - but never hurts to ask. I myself
live in the unholy haunted city of Athens, OH - and just wondered if a phonomenal artist like yourself was livin in my backyard unknown to me

@workhorse
thanks, i'm glad you like the rifle.
it was my favorite little flavour for the comic.
i wish i could make one to hang on my wall.

ps
yes i live in Mythological Athens, Greece and not Haunted Athens hehe