this year is gonna wanna be a killer!

First journal of the year and things are cool.
work is coming along, projects are falling into place and i Dont have a cold yay! knock on wood!

2008 was a cool year and veeery full, i cant even remember what i was doing this time last year, its weird.

well last year summed up:
. started working for a Advertising company (still am)
. finished illustrating the Emperor series
. the comic "Lynch" was published
. won 2 awards (Best Fanzine "freeyourline" & Best Anthology "Blast comics") at Comicdom Athens 2008
. illustrated the book "Ivanhoe"
. rested a bit.
. did some comics (wish i did some more but thats my new years resolution)
. had 2 of my comics shown in China and Australia
. and i got a cat named Shiro! woot!

2009:
will have comics, comics and you know what? comics!

popgun vol3 should be out in March
in which i have 2 stories.
1) Theres always a first time. 6 pages
2) The King who would be King. 10 pages

ps2
another preview from Counting Stars. 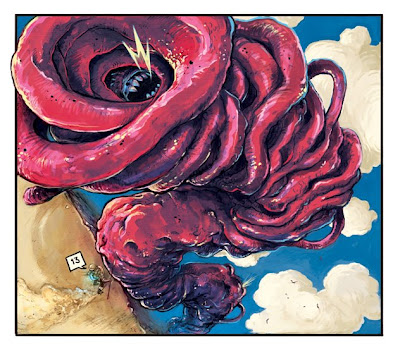