Aaaaand here’s the cover for the 4th issue of Amala’s Blade!
I still havent got used to the fact that they have announced this issue and i’m still drawing the layouts on it! It really puts the pressure on to work faster :P 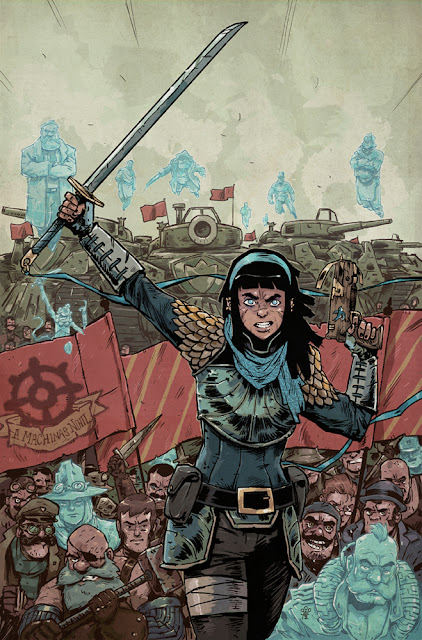 Master assassin Amala uncovers Prince Markos’ plan to reignite civil war between Modifiers and Purifiers! Can she stem the tides of war? What is the deadly secret her mother carries? And will Amala face her long-lost destiny?

“This is female-led swashbuckling fun for the whole family.”– Comic Book Resources


Here are some of the making of shots of the cover including the inked version and two early sketches.