First looks are out today with the covers of Dark Horse's May 2013 releases and amoung them is the second issue of Amala's Blade! This is one of my favorite covers, showing Amala in a heads on look and her supporting cast of ghosts :) 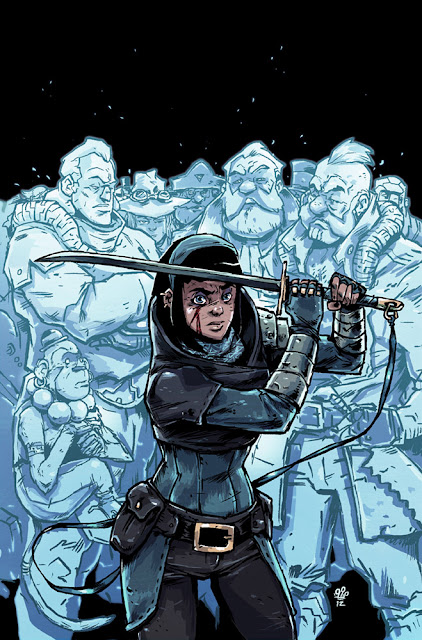 Amala's Blade #2
Steve Horton (W) and Michael Dialynas (A/C/Cover)
Master assassin Amala targets the royal figurehead of the low-tech Purifiers. Standing in Amala's way? Twin blademasters. Annoying ghosts. Hallucinogenic poison. And a secret from Amala's past too unhinged to be believed . . . even by Amala!


Here are some of the making of shots of the cover including the inked version and two early sketches.

I first heard of you about five minutes ago when I saw an ad for Amala's Blade on the Dark Horse site. I looked at the preview and I was really struck by your backgrounds. The perspective on the ship was very convincing. It almost felt like a video game environment, somehow (in a good way).