Here's a first peek at the new series of AMALA'S BLADE published by Dark Horse, it'll be in February's Solicitations, the same month the zero issue lands in your local comic shops!
I'm super excited about this and cant wait for you all to read it :) 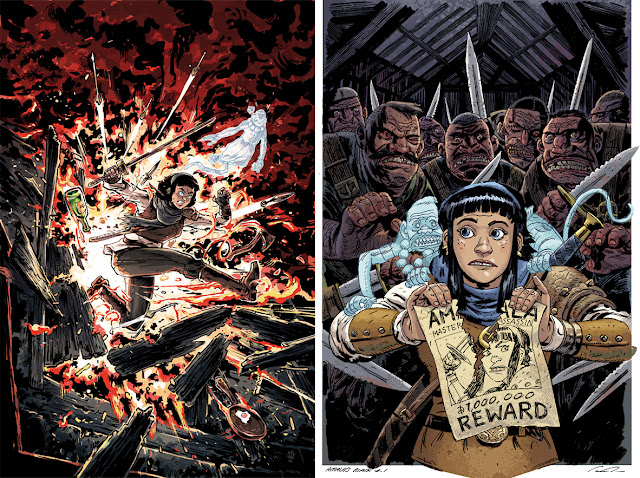 PS
Its no secret that i am a Guy Davis Super fan and i have literally everything he's drawn and now he's made my dream come true and drew the variant cover for the first issue! :

For more info about the series and upcoming news please Like our FB page for Amala's Blade.

The kingdom of Naamaron is bitterly divided into warring factions: the low-tech Purifiers and the high-tech Modifiers. Both fear the great vizier’s deadliest assassin, Amala. But for all her lethal skills, Amala’s drawing too much attention for the vizier’s taste. So what better way to deal with a troublesome cutthroat than to send her on a suicide mission?