"To Steal A Kiss" comic @ At The Drive-Ink. Heavy Liquid Strip Theater Anthology

This was based on an old idea i had jotted down in one of my sketchbooks
and has a lot to do with werewolves, Greek mythology and witchcraft.
In the anthology this story is under the song called "Hole in the Wall" which has to do with a Werewolf too.
so they pretty much talk on the same line.

It was a nice little experiment since it's the first story i've ever done with no words and just a little poem to give the feeling of the story. 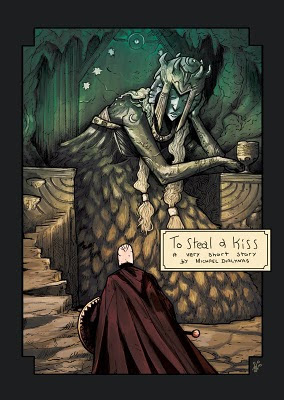 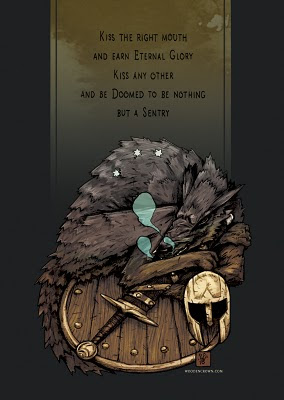 INFO: At The Drive-Ink. Heavy Liquid Strip Theater Anthology
An art and comic anthology inspired by "Heavy Liquid", the latest LP of the legendary Greek rock band "The Last Drive".
With art and stories from some of Greece's best contemporary artists, comic creators & illustrators.
22 comic stories,140 pages in full color and stereo sound. 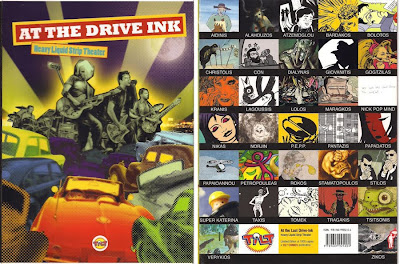 You can see samples and artwork from the creators here

You can buy your copy at Tilt Comics, Asklipiou 37, 10680 Athens or from the official Last Drive web-store
on April Fool's Day 2010.
Posted by theWoodenKing